In a recent leak, GTA 4 Remastered Complete Edition was spotted on Amazon for the next-gen consoles.

Rockstar studios have always been very selective about announcements on games. They haven’t yet announced any remastered version for the old gems in the series. On Xbox, players can play GTA 4 thanks to backward compatibility, unlike on PS5. They recently announced GTA 5 and RDR2 for the next-gen consoles, so GTA 4 might be coming soon as well.

As we head into the new generation of consoles and 4k gaming, Rockstar is sure to drop some remastered titles. A recent leak also suggested that Red Dead Redemption Remastered might be coming to the next-gen consoles. Rockstar might be dropping these titles soon in the future, and we all are patiently waiting for the announcements.

According to this leak, on Amazon, we can expect the following from GTA 4 Remastered Complete Edition:

Rockstar has teased a lot of things in the last bits of 2020, with new Easter Eggs of GTA 6 and RDR remastered. They are bound to release some news about all the rumors going on in the future until then we all can do is wait. 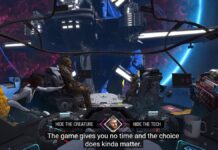 Marvel’s Guardians of the Galaxy: Should you hide the Lama or... 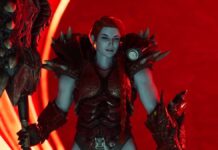 Marvel’s Guardians of the Galaxy: All The Choices In Lady Hellbender’s... 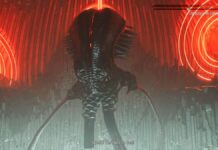 Guardians of the Galaxy: How To Defeat Dweller-In-Darkness