Players once again play as Aloy in an all-new adventure in a new world. Yesterday Guerilla Games showed us 15 minutes of Horizon Forbidden West gameplay. Moreover, in that stream, we got to see a completely new environment. A demolished ruined San Francisco landscape with demolished constructs and overgrown forests.

Following the State of Play, Youtuber ElAnalistaDeBits uploaded a video that highlights and compares the details between Horizon Forbidden West and Zero Dawn graphics. In great depth. To show gamers how far the game has come and how hard Guerilla Games worked to make the game look as best as possible.

The game looked and played absolutely beautifully with its fluid animation, gameplay, and mesmerizing graphics, and details of its environment. The game was running on a PlayStation 5 and hence, proved how great and powerful Sony managed to make the PS5. Additionally, there were certain gameplay improvements and additions too. Horizon Forbidden West will also release on the PlayStation 4 and will probably look great there too. But the PlayStation 5 is where the game will shine the most.

In the end, Horizon Forbidden West sure looks like it will be one of the best-looking games. Whenever it releases that is. As the devs have stated that a release date has not been decided yet. An update is coming soon. 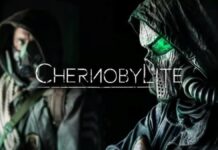 Twitch Channel “stopsigncam” that Only Streams A Stop Sign got Banned