Rockstar has always been the studio that surprises everyone with announcements and releases. In recent months there has been speculation of GTA 6 coming and, Rockstar has taken the spotlight again. Grand theft Auto: Trilogy Remastered is coming soon, according to some Rockstar insiders in the GTA forums.

It has been more than 24 years since the first Grand theft Auto and, Rockstar keeps on improving. The series has never disappointed fans with its gameplay and story. In all honestly, this leak has made a lot of us fans craving Remasters hopeful.

The GTA insider Mach wrote “soon” in a wrong thread, which was supposedly on purpose. It later got labeled as GTA 3, GTA VC, and GTA SA tags. So it could potentially mean a master is coming for the three all together. Furthermore, we got to know a trailer for the Remaster will arrive in the next 90 days.

All of this took place in the GTA forums, so we all have to take this with a grain of salt and hope it is true. Apart from this, GTA 6 got teased recently and, it has been all over the news. Further fueling the leak, GTA 6 will get a female protagonist for the first time in the series.

We all have to take leaks and rumors with a grain of salt especially when it is such a big one. All of this could be huge and, we fans are desperately hoping it is.

The Steam Summer Sale is back with the huge discounts, new...

Space Jam: A New Legacy – The Game coming to... 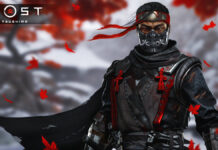