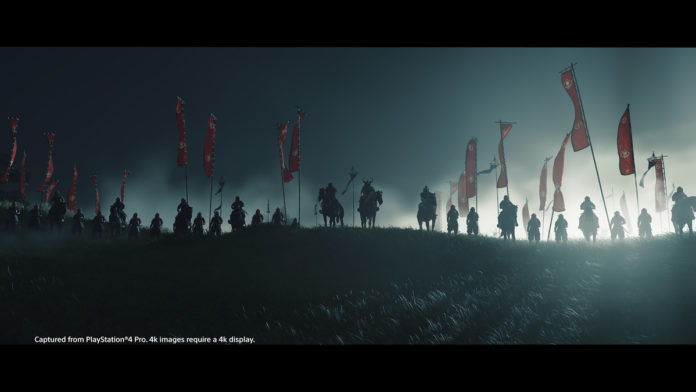 The long awaited PS4 exclusive Ghost of Tsushima finally has a release date and its only a few months away! Sony dropped a new trailer for the game today and revealed the Collectors Edition and the Digital Deluxe Edition.

The trailer shows protagonist Jin Sakai fighting alongside his uncle Shimura who is also a fatherly figure to Jin himself and the lord of Tsushima. Khotun Khan, the leader of the invading Mongol army is also seen in the spotlight. PlayStation Blog described Khotun Khan as ” a ruthless, cunning enemy who uses everything he knows about the samurai to try to destroy them.”

The Digital Deluxe Edition includes a digital copy of the game along with the Hero of Tsushima skin set, which provides an additional in-game horse, saddle, mask, sword, and armor set for Jin. The Digital Deluxe also includes two in-game items: the Charm of Hachiman’s Favor and one technique point*, as well as a Samurai PS4 dynamic theme. There’s also a digital mini art book by Dark Horse, plus our Director’s Commentary, in which our creative team sits down with a renowned Japanese historian to look at the world of Ghost of Tsushima and how it compares to the real-life events that inspired it.

Special Edition, includes a SteelBook case plus a voucher for an in-game Hero of Tsushima mask and sword skin, Charm of Hachiman’s Favor, one technique point, the Director’s Commentary, and the digital mini art book.

The most beefed up one however is obviously the Collectors Edition, which contains