Here’s a complete guide on how to make Genshin Impact’s Cryo Crossover Character from Horizon Zero Dawn as powerful as possible.

Aloy is the main protagonist from PlayStation’s Horizon Zero Dawn franchise. She has debuted in Genshin Impact as part of a crossover between gaming studios Guerrilla Games and miHoYo. Aloy will be released for a limited time in Version 2.1 on PlayStation and Version 2.2 on all devices. She is a Cryo Bow wielder and a 5-star character in Genshin Impact.

Aloy deals Cryo DMG using her Elemental Skill and Elemental Burst. She can also have all of her normal attacks infused with Cryo through the effects of her skills. Although free, Aloy is still a solid character that can be used as the Main DPS or Sub-DPS of your team. Since she is a Cryo user, she is best paired with Pyro and Hydro users to pace enemies or deal large-scale damage. Here we will be providing a complete guide to Aloy’s Best Builds, Weapons, Artifacts, Talents. Moreover, we will also go over how to obtain Aloy in Genshin Impact, as well as the best characters to pair her with.

Unlike other playable characters, Aloy’s Constellations cannot be leveled up. As the character will not have a banner, it’s impossible to pull the duplicates typically needed to unlock her Constellations. Although under the effects of her constellation name Star of Another world, it states “The time has not yet come for Aloy’s corner of the night sky to light up“. This could be a hint at Aloy getting updated with Constellations in a future update.

However, she is still a strong character and has a bunch of Cryo-based tricks up her sleeves even without Constellations. The most notable is her Coil Stack, which will increase Aloy’s Normal Attack DMG up to four times after using her Elemental Skill, Frozen Wilds. Below is an outline of Aloy’s abilities, passives, as well as the talent ascension materials required and how to get them:

How to Get Aloy in Genshin Impact

PlayStation users can get Aloy in Genshin Impact’s Version 2.1 update. However, if you do not have a PlayStation console, you will need to wait until Genshin Impact’s 2.2 Update to claim her. All you need to do is to check your in-game mailbox. It is important to note that you need to be at least Adventure Rank 20 to unlock Aloy. Moreover, once you claim her character, she will become a playable character on all platforms through Genshin Impact’s cross-save feature. The email will expire after 365 days and is only available for grabs between Update 2.1 and 2.3.

As part of the cross-over event, you will also be getting the machine huntress’s trusty Predator Bow. You will be able to claim the bow through your in-game mailbox. The Predator Bow will have a Strong Attack feature that is only effective for players on PlayStation Network. It is the best Bow you can pair with the Nora huntress as when Aloy is equipped with her Predator Bow, ATK will be increased by 66. However, we will also be looking at all the best alternatives. Here is the list of the best weapons you can pair Aloy with, starting from Best to Worst:

Since Aloy can be used as both DPS or Sub-DPS, players should focus on pairing her with artifacts that amp up her ATK and Crit Rate and boost Cryo Damage. Players can either focus on collecting all four pieces of the Blizzard Strayer set or pair it with a 2-piece set from another artifact set. We have listed the best Artifacts for Aloy below:

Best Characters to pair with Aloy

Aloy is a great replacement for other Cryo users like Kamisato Ayaka and Eula and can be played as both Main-DPS or Sub-DPS/Support. To get the most out of Aloy’s Elemental damage, she should be paired with characters who can take advantage of the Elemental Resonance of her Cryo affinity or create strong Elemental Reactions. Here are a few team compositions that work best with the Nora Huntress: 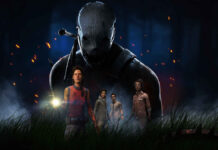