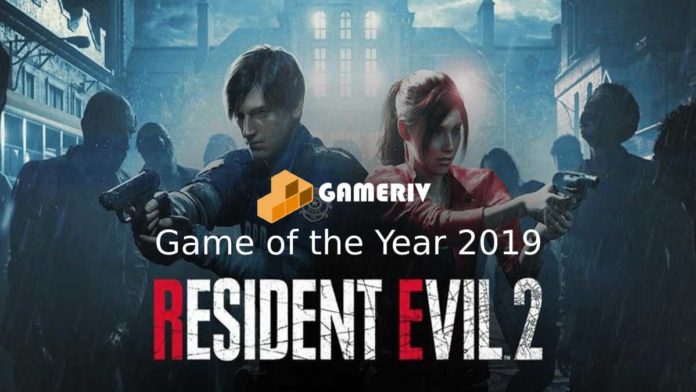 Each year is filled with lots of great games and in 2019 it was no different. It is hard to sort all these great games on a small list. Award ceremonies like The Game Award, Golden Joystick Award organize big ceremonies to feature these awards and they have been doing this for years. This year in 2019, we GameRiv wanted to mention our own Game of the Year 2019 although we are very small and can not give anyone any physical awards.

A former Counter-Strike: Global Offensive pro player, Shroud is one of the biggest names among Streames. 2019 was an excellent year for Shroud as he had 18 million hours fans watched the streamer on Twitch between July and September, according to StreamElements. Later he joined Mixer announced on Oct 24, 2019. Dr. Disrespect had an excellent year as well, but here in GameRiv, we chose Shroud as our Best Content Creator of 2019.

2019 was a roller coaster year for G2 Esports from League of Legends. G2 Esports won the MSI 2019 championship, won both Summer and Spring Split of LEC. Although they were Runner-up in the 2019 World championship losing against FunPlus Phoenix, they were super hyped and must-watch team in the hole tournament. So, G2 Esports secured our best Esports Team of the year.

Kyle “Bugha” Giersdorf beat out more than 40 million players around the world to claim the solo player grand prize of $3 million. Bugha is only 16 years old but already proved that he is the best solo Fortnite player, so he won our best Esports Player of the Year award.

League of Legends World Championship 2019 broke all audience records according to League of Legends site. Overall, the whole event achieved a 21.8 million average minute audience with 44 million peak viewers. Match between G2 Esports and FunPlus Phoenix became the most-watched esports event of all time. With all these no wonder Riot’s League of Legends is our Best Esports Game of 2019.

The Outer Worlds showed Bethesda how an RPG game can be made without any kind of Bug. Modern graphics with excellent audio made the story much more enjoyable. With a lot of similarity with the Fallout series, The Outer Worlds is our Best RPG Game of 2019.

Apex Legends is a Free First Person Shooting Game released in February and just in 72 hours, 10 million people had downloaded Respawn Entertainment’s game Apex Legends. And in one-month Apex playbase reached 50 million. Apex Legends was definitely a hyped game and considered as Fortnite killer. And we GameRiv also think that Apex Legends is our Best FPS Game of 2019.

Whether you love him or hate him you cannot deny the influence this man has on modern-day video games. After severing his ties with Square Enix he began his journey in a new direction. Kojima wins our best game director of the year because of his innovation in-game directing. Nobody does this better than him.

Sekiro is probably the most critically acclaimed game of 2019 for its focus on a really good gameplay design that will give you chills down your spine. Yes, it is difficult. It has a rock paper scissor approach to its gameplay. At the end of the day, we think it is the best action game of 2019.

If this game doesn’t sell you on VR games then we don’t think anything else will. This game is definitely a system seller for all the Virtual Reality platforms. With its mix of high octane gameplay with sick beats. It is still the best VR experience in 2019.

World Of Warcraft is an instant classic that proves that graphics don’t matter if you’re filled with a nostalgia-filled cocktail. This is a game that transcends generations. If you love MMO RPG game. We at GameRiv think this is still one of the best examples of multiplayer games in 2019.

So, this is what happens when you let one of the most creative game directors of our times make a game that he wants to make. After his breakup with Square, it was clear that Kojima’s next game will surely bring something that gamers have never seen before. Thankfully Kojima didn’t disappoint with this one. That is why we at GameRiv think that this is the most innovative game of 2019 no doubt about that. If you are bored with typical triple-A games than this one will surely surprise you.

Purge Tale of Innocence is one of the games that might have slipped through your radar this year but make no mistake. This game is a narrative masterpiece. Here at GameRiv, we think this game developed by a small French studio really surprised us this year with their narrative design.

Game of the year: Resident Evil 2

Finally, for our game of the year, we choose Resident Evil 2. Capcom has recently been on a winning steak lately with games like DMC 5, Monster Hunter World. After a lot of discussion here at GameRiv, we came to the conclusion that Capcom definitely deserves some love for this remake. This is not your typical lazy remake. This is a full redesign of the old classic Plantation game with visuals from 2019.

These three games really deserve an honorable mention. They all stood out from the crowd of triple-A games this year. Especially Control which was an instant hit with us at GameRiv. 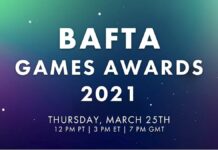 BAFTA Games Awards 2021 all the winners 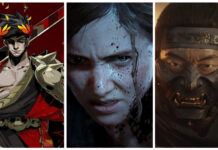 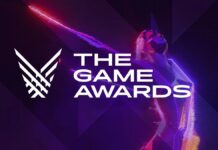 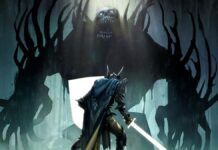 Dragon Age 4 will be shown at The Game Awards 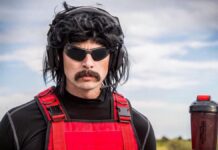 Dr DisRespect wants to create a gaming award show in 2021