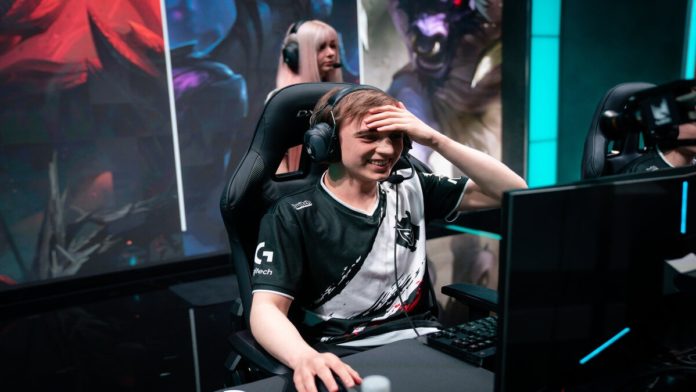 In his first game as ADC G2 Caps became the first player in a major league to have 100% kill participation with 21 or more kills+assists and 0 deaths.

Although G2 Esports being the only team to not make any roster changes, they did make a slight change in their roster putting Luka ‘Perkz’ Perkovic in the mid lane and Rasmus ‘Caps’ Winther in the bot lane. Perkz said that it was Caps’ idea to swap lanes.

And in his first game Caps clearly showed why he wanted to swap lane with Perkz. Against his match, with MAD Lions he had 9 kills, 12 assists with 0 death.

Redditor HiderDK did some analysis form Gamepedia and LOL API and found out that G2 Caps is the first player ever to have 100% kill participation and 0 death as an ADC.

100% Kill Participants as ADC by HiderDK

Data clearly shows that G2 Caps is definitely going to be a MONSTER ADC throughout the split. The table also shows how significant C9 Sneaky’s career was in C9 and his impact on the C9 roster.