G2 Benches Cryn, SirBoss replaces him for the Invitational 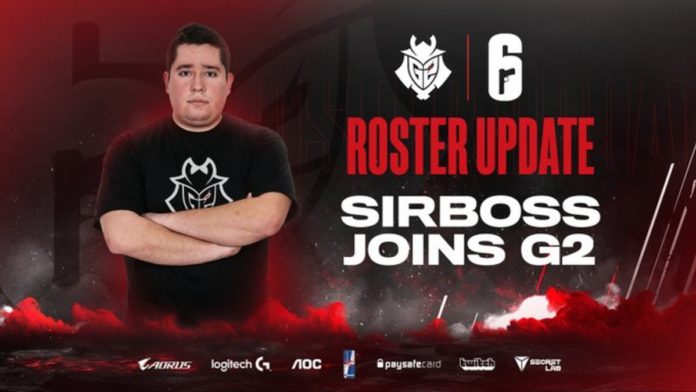 G2 Esports, reigning Invitational champions, announced that Ferenc ‘SirBoss’ Mérész will be standing in as a substitute for Pascal ‘Cryn’ Alouane.

Cryn, the former OrgLess player, joined G2 Esports after the sudden departure of Goga in late November 2019. Goga, renowned as a support player, had been crucial for G2’s style of playing for the past years. However, with his departure, Cryn had immense pressure on himself to fill this huge gap on G2’s roster.

Regrettably, in recent months, G2’s performance has not been up to the mark with Cryn on the team. G2 Esports endured disappointing losses against MnM Gaming, in the Six Invitational ’20 qualifier, and MIBR at the OGA PIT Minor; failing to qualify on their own. Although G2 later received the direct invite to play in the tournament.

But what exactly went wrong with G2?

It’s unfortunate that we have reached this decision, but we feel it’s a necessary one given the calibre of competition at SI-2020. Our original vision for Cryn in the team was a Semi-Flex, Semi-Entry role pushed our playstyle to be proactive and aggressive. Unfortunately, this role distribution wasn’t providing adequate results, so we shifted to a more traditional role.

While improving our performance, this pushed Cryn out of his comfort zone and wasn’t providing the consistent performance and results we hold ourselves to. As such, we decided to make this change and opt for a dedicated support player with proven LAN experience. SirBoss is a player that has the respect of the players and the support staff and we look forward to playing with him.

Many fans accused Cryn to be the broken wheel of the team and the cause for the recent failures. But renowned caster Parker Macky had something else to say.

SirBoss, loaned from Penta, made his debut with G2, on Jan 27, against Team Empire with a satisfying 7-4 win. But, with just a week left until the group stages of the Six Invitational 2020, will Sirboss be able to comfortably set himself with the team or will he suffer the same fate as Cryn. The team is currently in Berlin at their headquarters, boot camping ahead of their journey to Montreal.