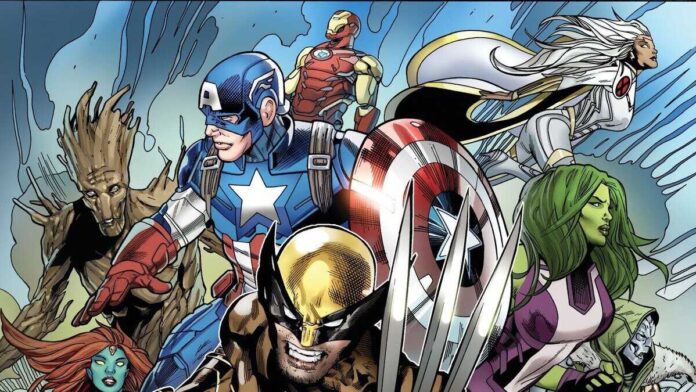 Fortnite has just released a new Season 4 teaser on Twitter that showcases all of the Marvel heroes that will be in the Battle Pass as skins. New Comic pages and an ingame teaser was also added.

Fortnite Chapter 2 Season 3 is just about to end. That means we will be getting Season 4 pretty soon. Fortnite Season 4 is supposed to start on 27 August 2020. That means there are less than 24 hours left for the new season. New-season also means a new storyline and a brand new Battle Pass.

New comic pages were added in Fortnite along with the release of the new Teaser. In the previous comics, we saw Galactus arriving at the Fortnite island. Thor also got his memory back after seeing Galactus and called for help.

In the latest pages of Comics, we see some of the Marvel Heroes come to Fortnite island in order to Help Thor fight Galactus.

Bifrost is the means of travel for the Asgardian warriors and Thor. Just recently a number of Bifrost marks appeared ingame near the broken shack near Weeping Woods.