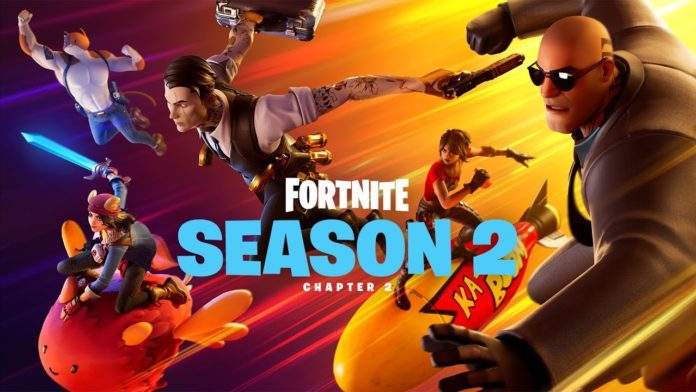 Fortnite’s season 2 of chapter 2 just dropped after more than 120+ days. the downtime is already over and players are waiting for a whopping 10+ GB update to finish in order to jump into the game.

The new season trailer just dropped before the downtime began. The trailer featured a style similar to overwatch original trailer that had agents called in for a special mission. https://www.youtube.com/watch?v=JgPXMxW7zJk

Now let’s talk about the new Battle Pass. It has a lot of new skins and a lot of new features for those skins.https://www.youtube.com/watch?v=LzYSH2TADh8&t=3s

The skins are going to have variable styles just like previous seasons. The twist is that in this season players get to choose which style they prefer. After the end of the season, they can lock permanently which style they fancy.

The two types of styles are Ghost and Shadow. Players get to choose which style they will get to keep at the end of the season.

That’s all we know so far about the new update. More will be on its way.

How To Complete The Nindo Challenges and Earn Free Naruto Rewards...

Fortnite Disabled the Dragon Rune Lance Pickaxe Because of a Game-Breaking...