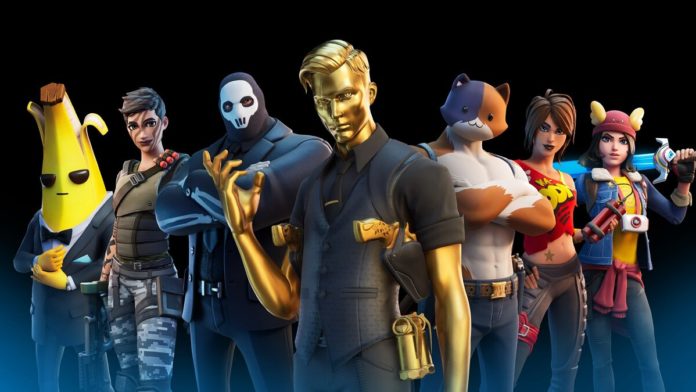 The popular Fortnite Youtuber Tabor Hill made a video claiming he knows about season 3 leaks. Season 3 is still a little while away since Epic extended the season recently. The official release date for chapter 3 is June 4th.

Read More: Last of Us 2 and Ghost of Tsushima release date announced

The leaks discussed here could potentially change as there is still a month left for the new season. The Youtuber tabor hill claimed that his source is very reliable and he is confident in these leaks.

Apparently his source got a lot of things right before season 10. He predicted fishing, the server shutdown during the blackhole event and some other things.

Lets discuss the leaks now without any further delay.

Selectable Challenges at The Central Plaza:

The central plaza will also have challenges. Some of these challenges are skydiving, parkour, quad bike racing, boat racing, etc.

A lot of players predicted that we are going back to chapter 1 map because the Travis Scott event showed a glimpse of the previous map. According to the leaks that is unlikely.

We will still have the same map but a lot of water-related changes. In fact, according to the leaker Season 3 is going to be water-themed.

If the new season is based around water them then we will need some sort of transport to get around the water. Apparently a new shark-themed vehicle is in the works according to the leaker.

The picture on Midas’s desk is the Engineer. There is no doubt that it will be a skin in the future but it’s likely to be a season 3 skin.

A robot version of the Meowscles skin is also in the leaks. The head of Meowscles with a robot body. This skin is similar to the Peely 1000 skin.

A remix of the Technique skin and a female Dark Voyager with pink color is probably also coming.

Due to the success of the Deadpool collaboration, it’s not unlikely that Fortnite will do similar collaborations. Apparently this time It’s an Aquaman collaboration. The Aquaman skin could also the secret skin for season 3. It kind of makes sense since the season is going to be water-themed.

According to Tabor Hill, the leaker also said, due to the success of the Maya skin Epic is going to give the players a chance to customize their glider. There will be a glider that you can customize just like the Maya skin.

There is going to be fire damage done to buildings and such. If players throw a Molotov or something similar builds made out of wood or wood structures will catch on fire and push players hiding inside of it. This feature is possible due to the new chaos engine. This would prevent turtling as players will take fire damage if they do not move.

And a flare gun is also coming which is also going to be use to set fire to things.

A book of some sort that lets you keep track of all the fish you catch.

Read More: Vanguard adds a system tray icon to give VALORANT players more control over it

All these leaks are subject to change in the future as they are not 100% percent confirmed and just like any other leaks some of these might come true some might not. But I must say if these leaks are true then season 3 is going to be just as awesome