The recent back and forth between ESL and newly assembled pro league Flash Point is in the news for all the wrong reasons lately.

This all started with a scheduling concern as both leagues accused each other of putting their matches over each other. fl0m an ex-pro turned full-time streamer shared his concern over these two big leagues messing up the lives of pro players who want to participate in both leagues.

Read More: Thorin calls out ESL for allegedly setting qualifiers the same day as B site

fl0m thinks that players shouldn’t have to pick between the most established player ESL and other newcomers in the block. Only committing to one side might limit their potential for extra opportunities. This sends out a bad rap all around.

ESL and Flashpoint should come to an agreement over this conflict before it gets in the way of viewers enjoying the sport.

Flashpoint previously known as B Site came to the competitive CSGO side with a bang. They had Thorin along with other influential figures from the CSGO community. They even managed to sign some of the top teams early on to their ventures.

Right this moment the constant banter between these two Leagues is putting pressure on organizations and Pros to choose aside. They shouldn’t have to face this situation. Surely folks form these two leagues can reach into some kind of better agreement.

Hopefully, they can reach an agreement to this bickering ending the need for pros to choose only one league. This will surely provide a more thriving competitive scene in CSGO.

Read More: ALEKSIB’s clutch against his former team ENCE has everyone stunned 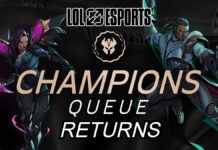 Champions Queue is Coming Back for Worlds 2022 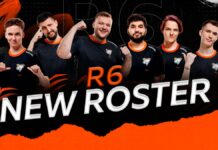 Virtus.pro picks up JoyStiCK, Always & dan for their new Rainbow...