Earlier today the first trailer was released for Project M, an FPS tactical shooter which looks like a knock-off of the popular PC title VALORANT.

The developer of the game was NetEase Interactive, a studio founded in Guangzhou, China in 1997. The studio is known for games such as Identity V, Onmyoj, LifeAfter, and Rules of survival to name a few.

The game also features “Special Abilities” which seem to be a slow field, ice wall, drone, sky smokes. These abilities look like a clone of the abilities of Sage, Sova, and Brimstone. Near the end of the trailer, we also see an ability closely resembling Reyna’s dismiss and the rip-off of Omen’s shrouded step.

In Project M, the game mode is called Search and Destroy which is a term popularized by Call of Duty. It is also the main game mode for Valorant.

So the game looks like a mixture of the games VALORANT and Call of Duty. The visuals and gameplay do look promising and if Riot does not release an official Valorant Mobile game, fans of the popular title might see Project M as a good mobile alternative.

The game is set to release in Summer 2021. The Beta test of the game has begun and the game is available to download in the google play store. 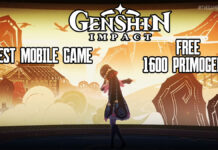