EA has been under a Cyber Attack

Hackers have stolen 780GB worth of data from the game publishing giant EA, which included the source code of FIFA 21 and the Frostbite engine.

Electronic Arts (EA) is a California-based video game company. They are one of the largest video game companies in the world. EA is responsible for publishing popular video game franchises like FIFA, Battlefield, The Sims, and more.

The hackers claimed to have stolen 780GB worth of valuable data from the company. Among the files stolen were the source code of FIFA 21 and that of its server. Moreover, the hackers have also stolen the source code of the popular game engine Frostbite. Frostbite engine is responsible for powering games like Battlefield, Star Wars, Mass Effect, and more.

A source code is a simplified version of computer software that aids in conceptualizing what the finished product will look like. Moreover, it can be reverse-engineered to change certain aspects of the game.

Read More: PewDiePie to take another break from YouTube

Furthermore, the hackers also claimed to have stolen various other assets such as software development kits. It seems that their intention is to sell the stolen assets. Although, EA has confirmed that no player data was stolen during the cyber attack.

An EA spokesperson has responded to the incident, stating:

“We are investigating a recent incident of intrusion into our network where a limited amount of game source code and related tools were stolen. No player data was accessed, and we have no reason to believe there is any risk to player privacy. Following the incident, we’ve already made security improvements and do not expect an impact on our games or our business. We are actively working with law enforcement officials and other experts as part of this ongoing criminal investigation.”

This is not the first time that a hack of this scale has occurred in the gaming industry. CD Projekt Red, popularly known for games such as The Witcher 3, was also a victim of a cyber-attack this year. However, unlike CD Projekt Red’s case, the hackers of EA did not ask for ransom yet.

Read More: Atlus will continue to distribute its PSP titles digitally in Japan after July 2, 2021 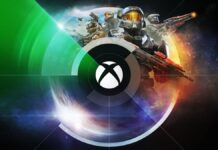 Xbox One owners can play next-gen games through streaming