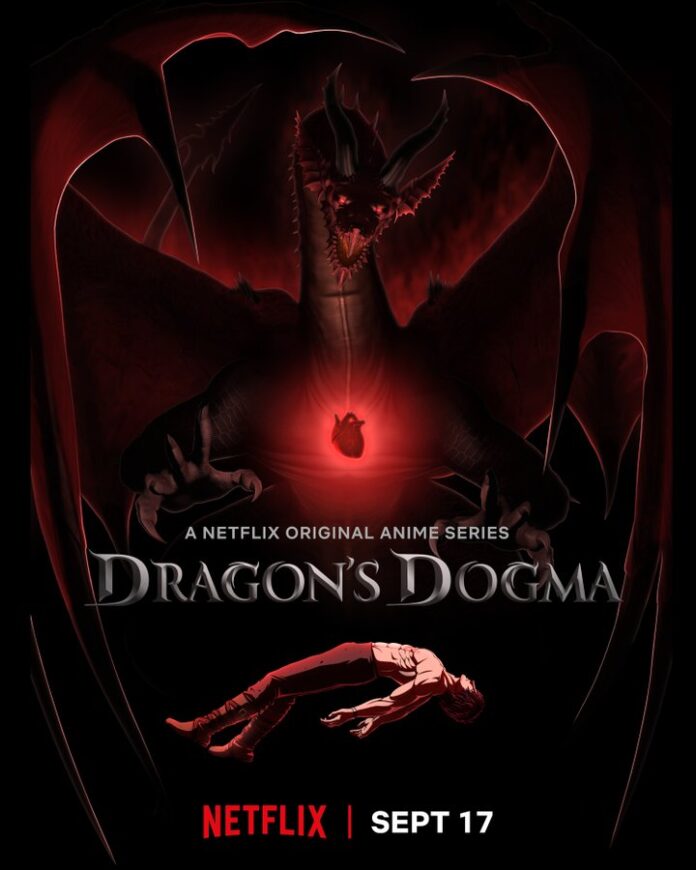 Capcom has released key visuals for the anime adaptation of their hit RPG, Dragon’s Dogma.

The Dragon’s Dogma anime has a release date now, September 17th. First announced back in March 2019. The anime’s release date was announced on Capcom’s and Netflix’s official Twitter account.

After Castlevania, on Netflix, which became a hit among fans, in an instant. Stakes are higher for the adaptation of this cult classic RPG. Furthermore, the story, the characters, the world everything was amazing in the game. So, consequentially, we are waiting to see how the anime reflects all the distinct aspects of the game.

Although the story and the setting of the anime are not yet known, the Netflix description feels as if it will be based on the main game timeline.

“Ethan sets out to vanquish the Dragon that took his heart, but with every demon he battles, the more he loses his humanity.”

Lastly, all of this might just be foreshadowing of a much awaited sequel to Dragon’s Dogma.