Former Twitch Streamer Dr Disrespect is apparently planning to sue Twitch and claimed to already know the reason for his ban.

Herschel “Guy“ Beahm IV, more commonly known online as DrDisrespect was one of the biggest streamers on Twitch. He had more than 4 million followers on the platform. DrDisrespect usually plays battle royale games on his stream like H1Z1, PUBG, Warzone, etc. He was the face of Twitch for a long time. he is most famous for his high production quality in his streams.

Twitch permanently banned his account last year without giving any reason. Since then Doc has moved on to streaming on YouTube and even collaborated with Pewdiepie. But it just doesn’t feel the same as Twitch.

In a recent August 23rd stream DrDisrespect was comparing YouTube vs his previous platform Twitch. Doc said, “The interaction and the energy from streaming on that platform, it goes up, everything is up. And to have all that just ripped away from us”.

He then went on to reveal that he had known the reason for his Twitch ban for months and is planning to sue. Dr Disrespect said,

But even if Doc knows the reason for his permanent ban from Twitch we the viewers are still in the dark. Dr Disrespect talked about the topic but avoided spilling out the reason probably because of his plans to sue Twitch. 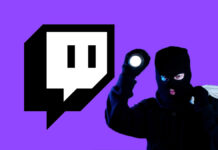