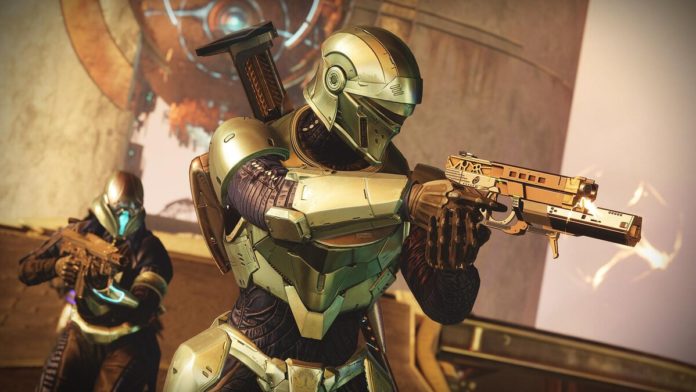 This guide is aimed mostly at giving newer players some goals and objectives to farm, as Destiny 2 can be overwhelming otherwise by u/Raintechnoid.

Please note that this list is designed for PC players specifically, and although much of the information will still be relevant to controller players, certain differences regarding the way Aim Assist and Recoil affects weapons may cause slight differences in the Meta between platforms.

General Tips for PvP affecting what weapons to equip:

For newer players especially, these are my top possible tips:

ALWAYS use 1 Primary ammo weapon and 1 Special ammo weapon. Special ammo guns are capable of 1 shot KO’s and you want to put yourself in situations where you use your special ammo as often as possible. ie Snipers should play around open lanes, and shotgunners should play in caves and near corners as much as possible. Using 2 Primary weapons is a tough habit to break and using 2 primaries is severely limiting in terms of the strength of your loadouts.

Always use 2x scavenger perks on your boots. This gives you 3 ammo per green brick instead of 1. Not only does more ammo directly make you stronger, but it also gives you more opportunities to experiment, practice and learn your guns. This is also part of being a courteous teammate; When you have 6+ special ammo, you can leave green bricks for your teammates instead of picking up multiple bricks for yourself.

You should try to pair short-range primary weapons with long-range special weapons and vice versa This allows you to be effective at a variety of ranges and will help increase your map presence and give you a clear idea of which weapon you should be holding at any given time. Playing an open lane? Pull out your long-range weapon. Ducking into the caves? Pull out your short-range weapon. This will subconsciously train you to think about which weapon is best drawn in various scenarios and scales well into higher-level play.

Some primary weapons such as The Last Word, SMG’s and Sidearms are only strong at close range, meaning these weapons pair best with Sniper Rifles.

Other Primary weapons such as Scout rifles and Pulse rifles are only good at long range, meaning these pair best with Shotguns.

Thorn and most Hand cannons are strong anywhere from close range to mid-long range making them versatile enough to use with practically any loadout. Likewise, Fusion rifles are also effective at a variety of ranges and pair well with many primary weapons.

This Meta tends to prefer Kinetic Primary weapons due to the presence of strong exotics such as Thorn and Last Word.

This is where you will be picking the main weapon that you will be basing your playstyle around. There are 4 choices: Sniper Rifles, Shotguns, Fusion Rifles, and Grenade Launchers. I’ll be including a few of the most solid choices for each and some honorable mentions.

I tend to recommend Shotguns and Snipers for most players. ALL players should try to become proficient at both shotguns and snipers; this allows you to be a very versatile player and gives you the ability to adapt to maps and counter certain enemy players who are on killstreaks.

Fusion Rifles and Grenade launchers are also strong but you can explore these at your own leisure.

On Snipers, you are looking for the best possible ADS and draw/stow times. This means high handling and Snapshot Sights. With quickdraw, Handling is effectively maxed so Range becomes the next best Stat. High RPM is better, but 140 RPM’s cannot 1 shot supers, whereas 90 RPMs can. 72 RPM’s are generally considered inferior, but not by much and allow for 1 shot-body shot in certain circumstances with damage buffs.

The opening shot is also an extremely strong perk. Moving Target is considered very helpful, and 140 RPM’s may consider getting Boxed Breathing which allows these snipers to 1 headshot supers similar to 90RPMs and 72RPMs

Snipers pair well with short-range weapons such as The Last Word, SMG’s, Sidearms, and other Hand cannons.

On Shotguns, you are looking for the highest One-Hit-Kill range possible. This means RANGE and Full Choke will be your priorities in terms of stats/barrels for Pellet based shotguns. Note that some shotguns with the same OHKO distance will have lower consistency than others, for example, Retold Tale reportedly has ~40% consistency at 7.5~9m, but Mindbenders Ambition has around a ~70% consistency at 8~8.5m range, so take all OHKO range numbers with a grain of salt.

Slug shotguns, on the other hand, are a unique type of shotgun and boast higher OHKO ranges at the expense of needing a headshot to kill, but otherwise would require 2 body shots or a body shot plus a melee attack for lethal. Pellet shotguns, on the other hand, can kill in one shot to the body making pellet shotguns much more forgiving and extremely easy to use comparatively.

The best Pellet Shotgun Perk will always be Quickdraw, and either Snapshot Sights or Slideshot. Slideshot is used for the reload on classes without an auto-reload such as Hunters or Transversive Steps Warlock, and Snapshot Sights is considered best perk otherwise. Note that Slideshot does NOT perceptibly increase OHKO range on shotguns despite claiming to increase range in the perk description.

Fusion Rifles are a bit rarer than Shotguns and Snipers, and seem to be a love it or hate it weapon type. Fusion Rifle Mains will equip these and drop 20 kills a game, and none Fusion Riflers will equip one and struggle to get a single kill with them at all. But should you put in some effort to learn how to use them, Fusion Rifles can prove extremely powerful.

Good perks include Backup Plan, Firmly Planted, Under Pressure and Tap the Trigger. Max Range increases damage drop off for improved lethal kill ranges, whereas Stability helps tighten the bolt spread which can increase consistency, whereas faster charge time will let you get off shots faster.

Grenade Launchers are another love it or hate it weapon archetype. Effectively using a grenade launcher means learning the projectile drop and travel time of the grenades, plus learning how to lead moving targets and learning how the grenades ricochet off the walls and floors. There is also a timed trigger pull mechanic that controls when grenades explode, all of which take substantial time to learn.

Power weapons in PvP are a much simpler affair. You very rarely pick up Power Ammo, and when you do, you want something that will simply win you every encounter you get into.

Recommendations for the strongest PvP Exotic armors to use in the crucible. There are lots of strong exotic armors but you generally speaking can’t go wrong with these.