If you are looking for Map Fragments and don’t know how to obtain them. Then you have come to the right place, as here we will talk about how to get Map Fragments in the season of the plunder.

Destiny 2 is an Open world MMO RPG Developed by Bungie, and it’s still one of the fan-favorite franchises after a decade. This MMO has a constantly evolving world where you can join your friends and family from anywhere at any time. You can also upgrade your loadout further with some seasonal gears and weapons.

Bungie constantly updates the game with new content and adds bits to their PvE storyline. As a result, Destiny 2’s story is continuously evolving, and players are experiencing new content with each update. With the season of the plunder, Bungie is adding some new storylines for players to explore. They are also adding some weekly activities where you can obtain seasonal rewards for your characters.

As we already know, Bungie introduces some new materials every season. Players need to farm these materials for seasonal quests or progress through the season. Map Fragments are one of these materials that you can farm to open treasure chests in Destiny 2.

What are Map Fragments?

Bungie releases a series of seasonal quests to progress throughout the season. Similarly, with the season of the plunder, they have also released a series of quests tied to the seasonal vendor called star chart. These quests will unlock every week after completing a certain task. For example, it may ask you to open a certain amount of treasure chest.

How to Get Map Fragments?

As mentioned earlier, you must complete weekly quests to progress through the season. After completing your first weekly quest, you will get some map fragments in by completing the Ketchcrash activity in Destiny 2. You can spend them as soon as you have enough treasure coordinates and map fragments to open a chest.

This is the only way to obtain Map fragments this season. We hope this guide helps you to find your first map fragments very quickly, and you can unearth your first treasure as soon as possible. You can also check out our other guides to help you take your Destiny 2 journey to the next level. Good luck out there, Guardians. 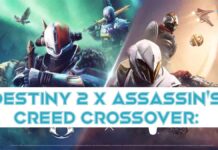