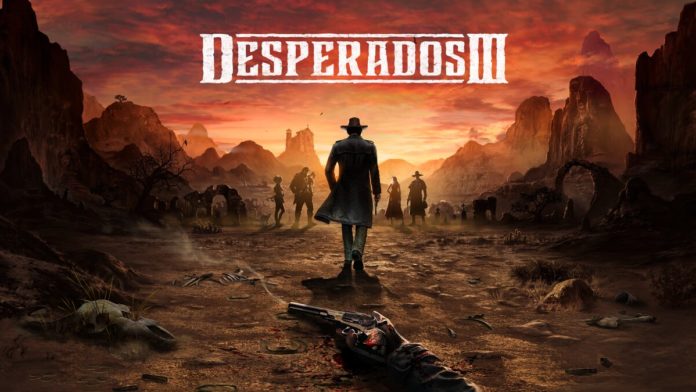 Desperados 3, the wild west inspired stealth game is making its entry in the summer of this year.

Desperados 3 is releasing on June 16 for Playstation 4, Xbox One, PC; as announced by developer Mimimi Games.

You can choose from 5 unique characters, each with their own special skill sets; all from flashy gunslingers to voodoo sages. Journey through the unforgiving world of the wild west story; and its many settings- from small towns to developing cities and desert wastelands.

Plan your squad’s attacks and creativity using the new “showdown” ability, for maximum experience in the top-down sandbox worlds.

Desperados 3 is the sequel to the Desperados: Wanted Dead or Alive; which had somewhat polarizing reception. Taking over the series from Spellbound Entertainment, the German studio is showing promise for this franchise. As proven by their previous master-crafted tactical stealth game; Shadow Tactics: Blades of the Shogun.

Both of the games share a few similar mechanics especially the showdown ability, allowing players to pause and plan their move.

The gaming world needs more Wild West, and after June 16th this might be one for the books.