Demon’s Souls remake was the most downloaded and successful game for the PS5 in Japan in 2020. Owing to the fact that the game was one of the most hyped launch titles.

Sony’s proclaimed masterpiece the PlayStation 5 had a rough launch with the systems selling off in an instant, the moment it was available to purchase. Nevertheless, Sony’s next-gen PS5 was a huge success all over the world, and obviously in Japan.

Sony recently revealed a list of the most downloaded games on the PS5 in Japan. And, to nobody’s surprise, the list was topped by PS5 exclusive Demon’s Souls. A remake of the classic Demon’s Souls game on the PS3.

Although there were games like Assassin’s Creed, COD available, the Japanese community tends towards games like Demon’s Souls and other RPGs.

Considering it was the biggest launch exclusive of the system Demon’s Souls managed to deliver its fullest. In terms of both quality of the game and copies sold. The 2nd spot is taken by another PS5 launch title Spiderman Miles Morales, although a short experience. Finally, COD Black Ops Cold War is on the 3rd.

Almost all RPG fans were waiting for a Demons Souls remake. When Sony finally broke the ice and delivered, everyone was struck with awe. Hence, Demons Souls, the pioneer of the Soulsborne genre, is now one of the most successful and downloaded games in Japan as well as the West.

Read more: Among Us like multiplayer, Project Winter coming to Xbox and Windows 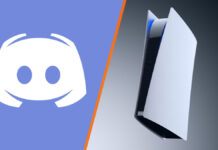