Damage Type Ratio for Each Champion 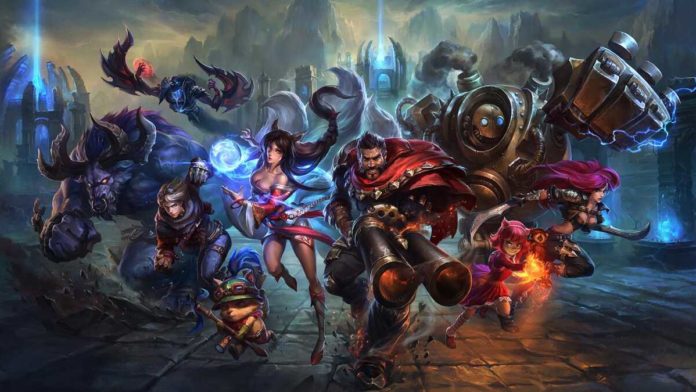 Each champion in League of Legends has different AD, AP, and True Damage ratio. Most of the players seek for AD/AP ratio of their favorite champions so that they can build items according to that and do as much total damage as possible.

Riot used to show a visual representation of AD, AP, and possibly True Damage as a simple bar chart which helped people to evaluate champion strength, at least in terms of damage. But, Riot doesn’t show these stats anymore nor any stats sites.

So, here we will be showing the data into charts to make understanding champions’ damage output easily.

All the credit for the chars goes to u/CallAmbulance

It’s important to keep total damage in mind because the higher the total damage, the more meaningful the ratios become. As can be seen in the chart above, Jayce mid lane achieves the highest damage output of all champions, following by Vel’Koz mid who is just 330 damage below. Most of the support champions are ranking below with the lowest total damages having Taric with only 5749 Total Damage which is 19,592 Damage less than Jayce.

Visualizing the damage output in this way is also useful because it helps us visualize the state of damage in the meta. We can see who is contributing the most, and what types. Notice, for instance, that many of the higher ranks on this list are occupied by AP-dominant champions. Further, notice that many of the higher ranks are occupied by Mid-lane champions.

Champions, items, runes, etc. – these are all tools, and it is up to you to use them as you wish.

According to the chart if you want to deal with the highest physical damage Illaoi in top-lane is the best choice. For ADC Draven has the highest and for mid it is Zed.

For AP champions Heimerdinger ADC has the highest AP ratio. This chart helps us clearly notice the degree of AP-dominance in the current meta. More players are choosing AP champions (especially in the Support role). AP items are likely being favored in the patch notes, on average. And runes may benefit AP damage dealers more than AD damage dealers.

Vel’Koz Mid is doing the most True Damage on average of all, not Vayne ADC. And Ornn Top having the lowest True Damage.

Take a look at the second last rank on the list, it’s Illaoi. She is so low in deviation chart despite being highest for the physical damage is her main source of damage is only physical compare to Kog’Maw ADC, who appears at the very top of the chart. Notice that Kog’Maw has a lot of each damage type in his kit when compared to other champions. This is what Standard Deviation allows us to do with our data.

If you want a turn-key solution, you’re probably safe going with the champions in the Overall Highest Damage ratio category.

For mode adaptive and make a pick based on the type of damage your team needs most, choose champions from the Concentrated AD/AP category.

For a flexible solution that you can basically blind-pick, choose champions from the Most Diversified category.

For Most Damage Champion choose Jayce, Heimerdinger, and Xerath.