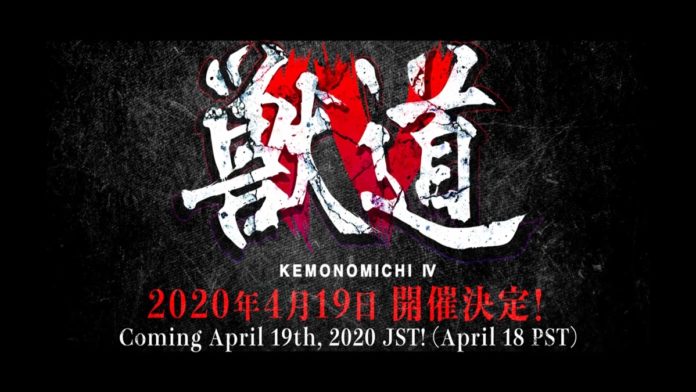 Kemonomichi is coming back on April 19th,2020

We’ve seen a lot of fighting game events get cancelled or postponed due to the global pandemic known as Corona Virus (COVID-19). Capcom recently cancelled their first half of the Pro Tour circuit for Street Fighter V. Intel gaming has announced that they will be rescheduling the Intel world tour SFV online qualifiers to May 2nd. Because of this the fighting game community had not many events to look forward to.

Related Topics:- Capcom responds to the recent outbreak of Coronavirus

In the midst of the global pandemic, the fighting game legend Daigo Umehara announces Kemonomichi 4. It is a fighting game event infamous for holding matches between two players in a long set.

The previous Kemonomichi was held on March 1st 2020 which was not too long ago. That event featured Kotaka Shoten and Kurahashi in the first-to-15 set in Super Street Fighter II Turbo. The climax of the event was the first-to-10 set between Punk and Infexious in Street Fighter V. It also featured T3-Kamui in a shoot ’em up arcade game called Battle Garegga which was a first for the event.

The event will be taking place on 19th April 2020. The lineup of the players and the games for Kemonomichi 4 are yet to be announced. But Daigo Umehara said that there will be more to offer from this event than expected.