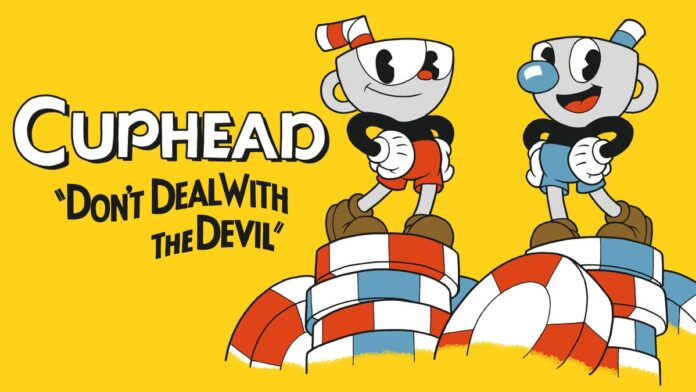 Studio MDHR’s punishing title Cuphead is launching today on PS4, out of nowhere. The announcement was given by Studio MDHR during an interview with Geoff Keighley.

Furthermore, co-director Chad Moldenhauer stated in a press release. “Many of us on the team grew up exploring the worlds of classic PlayStation titles, from Resident Evil to Vandal Hearts. It’s surreal to think about players adventuring through the Inkwell Isles with a PlayStation controller in hand.”

The joy of the Chad is visible on the statement.

The official reveal was shown after a Cuphead DLC trailer and a Netflix show. Even though this feels like a surprise announcement, a lot of gamers actually anticipated this. As a listing for the game was visible on the PSN store. But got taken down soon after; hence, it did not catch the eyes of the masses.

Cuphead is another game in a long expanding list of games that is breaking the old culture of aggressive platform exclusiveness. Thanks to Microsoft and their different approach to gaming. Releasing their games on the Switch and making all first-party games available on both PC and Xbox. Additionally, Sony has also adopted the inclusiveness route by releasing their adored exclusives on PC. Such as HZD and Death Stranding.

Cuphead was released on Xbox One and PC in 2017 with Microsoft as publisher and on Switch a year later. Now with PlayStation 4, the game is playable on all major platforms. The game received monumental praise for its old-school cartoon art style; the likes of Mickey Mouse. In addition to the beautiful jazz soundtrack. Most importantly the game became a mega-hit for its addictive but torturing difficulty, blended with perfect gameplay. The game also offers split-screen co-op. Perfect addition for such games.