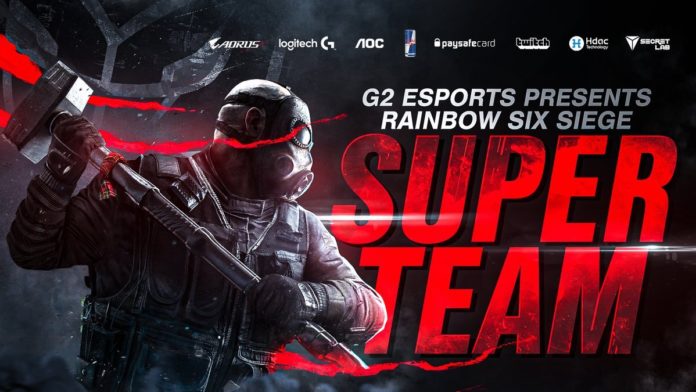 G2 Esports announced today on their Twitter that, NAVI’s CTZN and FNATIC’s Virtue are joining the G2 R6 Siege roster. And their captain and long time leader Fabian ‘Fabian’ Hällsten is stepping down from the starting roster.

CTZN has been playing professionally since 2018 started with Team BOOST and later joined Natus Vincere from MnM Gaming. He won multiple tournaments with Natus Vincere and broke the kill record while winning the Pro League Season 10 finals in Japan. About joining G2 Esports CTZN said “Joining G2 is a dream come true.”

Virtue also started his career in 2018 with Zero Gaming and later joined Fnatic from
Dark Sided. Virtue was one of the top-rated players at SI 2019 and he helped Fnatic competing against others on the International stage. About joining G2 he said, “Having the chance to play for such a decorated team and org is a dream that I have been non-stop working for.”

Fabian ‘Fabian’ Hällsten has been playing for G2 Esports since 2018 and he was their captain and long time leader. About leaving G2 Esports he said,

I felt that it was time for me to move on. During our recent performances, the group atmosphere wasn’t great, so I asked to be traded. I love my G2 teammates as friends but I don’t think we should continue playing together at this point. We’re currently working with G2 on finding me a new home. The option I was hoping for during this transfer period, unfortunately, didn’t work out, so I’m looking for other great opportunities for me out there, preferably in the EU but possibly other regions if the opportunity is spicy.

G2 Esports has also departed with Pascal ‘Cryn’ Alouane and Ferenc ‘SirBoss’ Mérész. Following their victory at the 2019 Six Invitational, G2 Esports wanted to make their roster stronger in order to compete on the upcoming events.