Gabriel “FalleN” Toledo is a well-known name in the CS:GO community with an established history of astounding performances throughout his career. He is known for being an amazing in-game leader as well as a dedicated AWPer.

A big signing such as FalleN took Twitter by storm. The original post has accumulated 87.7k likes so far.

Following the transfer of FalleN from MIBR to Team Liquid, a disagreement broke out between the Brazilian star and Tomi ‘lurppis’ Kovanen, Immortals’ COO. Along with his due salary, FalleN was paid extra as a future payment and sign of goodwill. The amount is estimated to be around $100,000.

Also, Team Liquid has signed FalleN without any prior notice to MIBR. Regarding this they posted the following public statement: “In the excitement of the day, we forgot to give MIBR warning before announcing Fallen. We strive to be good partners off the server and should have checked ourselves.”

FalleN is now facing backlash due to the accusation of him taking $100,000USD from his previous team. An Argentine professional CS:GO player tweeted his thoughts regarding the matter and was reciprocated by Esports Historian Thorin.

Fallen denies all claims made:

FalleN addressed the issue and denied all the claims made saying he was never paid the alleged extra money. Regarding this, he responded on his Twitter account. 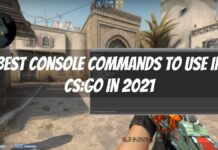