Corpse Husband is an online personality with a massive following. He is a Youtuber, musician, streamer and is known to have a really deep voice.

In recent times, Corpse Husband garnered huge followings on every social media platform after his popular Among Us streams went viral. To say that most streamers and his fans were stunned by his incredibly deep voice would be an understatement.

Among Us is a game where people literally argue over who is the imposter. Turns out, it was a perfect breeding ground for Corpse Husband to thrive in. In many eyes, he is currently one of the fastest-growing creators on many platforms.

Despite his immense popularity and meteoric rise, he still hasn’t revealed his real face. He is one of those individuals who love to stay anonymous in this age of the internet.

Corpse loves to tease his fans with his majestic voice. This is one of the times when he literally went into an easy mode and still somehow managed to create havoc on Twitter. 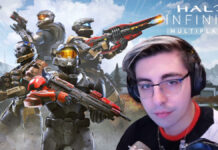