Activision released Call of Duty: Warzone back in March of 2020 and being a free-to-play game, it attracted a lot of players. But players jumping in to try out the next big battle royale were soon facing an influx of cheaters. The cheating problem has become so bad that even after banning thousands of players, cheaters can be found in almost every match. Even high profile streamers like Ninja and Courage took to Twitter to criticize the cheater problem in Warzone last year.

Recently Rara released a video on his YouTube channel where he made an accusation against Activision insiders of selling information to cheat makers. In the 13 min video titled “The reason Warzone won’t have an anti-cheat” Rara made the accusation.

Rara joined a group chat to find some answers where a data-miner shared what was really going on. Rara said, “He(The data miner) made it very clear that there is someone on the inside, that has been giving up everything.”

Later in the video, Rara revealed that he already gave the info to Activision and they apparently said there was an investigation going on. But since then nothing has happened. Reza apparently shared this information with another YouTuber, who also reached out to Activision but hasn’t heard anything since.

Rara then said, “The person that is on the inside works at both studios. They have access to both Treyarch and Infinity Ward”. He apparently saw emails containing concept arts that were not yet made public. 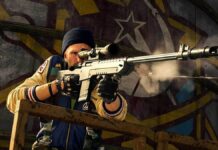 Valkyrae, Corpse Husband, and Sykkuno to Stream Among Us on Twitch...