Today, Vitality and Complexity fought for the last remaining spot of the grand final as Na’Vi already acquired one of the spots earlier today.

The first map of the three map series was Vertigo, which was picked by Vitality. The whole match was going back and forth. Surprisingly, Complexity lost a whole round by not defusing the bomb in time despite Kristian “k0nfig” Wienecke picking up an ace.

The final score was 16-11 in favor of Vitality followed by an insane 30 bombs by Richard “shox” Papillon.

Vitality started the second map on a great note by taking the first couple of rounds. However, Complexity came back later that half decreasing the round gap, and finishing the half at 7-8.

In the second half of the game, Vitality outperformed Complexity and clinched the match with a score of 16-7 followed by a great performance from Cédric “RpK” Guipouy and Mathieu “ZywOo” Herbaut.

Every single player of Vitality played well today. Vitality’s “shox” helped them pull off the first map by dropping an insane 30 frags. On top of that, RpK and ZywOo both stood out in the second map, making Vitality one of the finalists of IEM Beijing-Haidian 2020 EU. 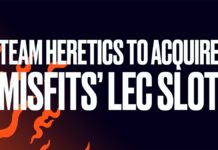