Recently, Capcom was hacked and its security breached, leaked by a group called Ragnar Locker. Furthermore, they have leaked excel sheets, that contain Capcoms future development titles. All the leaked games shown are either under development or will be in the future.

Although it is a sad incident for Capcom, according to the leak, the games in planning are some of the most wanted titles. Such as Dragon’s Dogma 2, Monster Hunter 6, Street Fighter 6, etc. Moreover, a few Resident Evil titles are also shown.

The full list of games in the development plan of the Capcom leak are below.

One can’t be sad to know that Capcom will be bringing back so many classic games.

Nevertheless, it is unfortunate that the breach isn’t resolved yet. In fact, the hackers currently own more discrete information about the company. Including employee and customer records, which they have leaked. Hence, Capcom will surely be getting a lot of public flak.

As of right now, Capcom is working with the Japanese police force to tackle this huge breach. On the other hand, hackers are demanding a huge sum of money; otherwise, more info will be leaked. 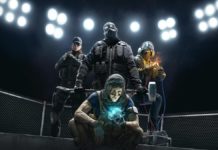