Bully 2 was canceled according to multiple sources

The Bully sequel is not coming out anytime soon multiple sources claim.

Rockstar has always lived up to the fan’s expectations of making breathtaking adventure games. Rockstar’s Bully is a game from 2005, and Bully 2 was seemingly in the work, but multiple sources claim it has been canceled.

The fan-favorite Bully was a truly iconic game and a true classic indeed. The game was released for PS2 initially, and later it came to PC with a remastered version called “Bully – Scholarship Edition”. As for now, it is even available on android and IOS devices for fans to play and enjoy.

Rumors about a new Bully game are nothing new, rather they have been around for a while now. It has been 15 years since the release of Bully, and everyone is getting impatient for another. According to multiple sources involving an insider from Rockstar on Twitter, it is safe to assume that Bully 2 is not coming out soon.

The sources claimed that the writer Dan Houser completed writing the script for the game back in 2008. In 2013 a playable demo seemed to be on the verge of completion, but later development was ceased. The main reason was the direction of the story and other reasons were not identified.

In 2017 some concept art got leaked, but Rockstar did pull the curtain of whether it was coming or not. Presuming Bully 2 not coming out, all of this only points to one direction that is a new GTA game coming out soon? 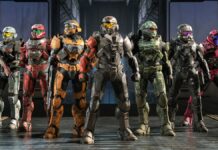