Treyarch Studios has released the Season 3 update for Call of Duty: Black Ops Cold War, introducing a bunch of new content and updates.

Everything you need to know about the Call of Duty Cold War and Warzone Season 3 update can be found in our coverage here.

Find the full season 3 patch notes down below: (via Treyarch)

Read More: List of All Games that Can Now be Played Without Xbox Live Gold Subscription

Call of Duty Warzone May 7 Patch Notes: FARA and AMAX... 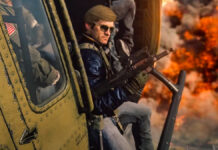