Are you looking for a gaming mouse to dominate the lobbies in any first-person shooter game but are also on a budget? Then look no further since, in this list, we will showcase some of the best wireless mice under $100.

Thanks to intense competition from the Chinese market, wireless mice have come down in price by a solid margin while also performing up to par with their more pricy counterparts. Consequently, getting a great wireless mouse for hardcore gaming for under $100 without sacrificing performance or build quality is possible.

As more and more players are switching to low sensitivity, having a wireless option has become a no-brainer. On top of that, wireless mouse sensors have become so good that there is virtually no difference between a wireless mouse and a wired one.

If you don’t know what mouse sensitivity means, then click here to get more in-depth information regarding the matter. In short, mouse sensitivity refers to how much your mouse moves on the screen based on the movement.

Razer introduced Razer Orochi V2 as their most affordable wireless mouse with top-notch performance rivaling its contemporaries from Logitech. On top of that, its eggshell design with a lightweight body and solid sensor from Razer has made it an instant hit among claw grip users worldwide.

Excellent build quality from Razer and fantastic battery life really made it an ideal mouse for most first-person shooter titles that are out there right now. This lightweight eggshell shape is ideal for fast-paced action-focused games, where you need to constantly move your mouse to track your opponents.

In terms of buttons, Razer is using their 2nd generation of mechanical switches instead of their newer laser ones. The clicks are definitely more tactile on these new-gen switches, ideal for FPS games in general.

All in all, it’s a solid budget option from Razer with top-notch performance.

If you have a tight budget, then look no further, as Pulsar has come up with an amazing mouse that will satisfy almost all of your needs. Basically, Pixar somehow managed to build a lightweight wireless mouse featuring all the flagship components like a top-notch sensor, Kailh 8.0 GM switches, 59gm body, great build quality, and satisfactory battery life while also keeping the cost relatively lower than their more expensive contemporaries.

Pulsar really managed to hit this one out of the park. They even managed to implement the famous shape from Zowy in their mouse, which is really ergonomic. So, players who were looking for something more ergonomic will definitely find this offering from Pulsar really interesting.

However, the honeycomb aesthetic might make it not desirable for some as they do tend to get dustier over long terms use. That being said, in terms of price to performance, it is tough to beat what Pulsar has managed to offer at this price point. The feature set is flawless for most grip-style users.

Players with a tight budget no longer need to compromise with performance as this revamped option from Pulsar checks all the right boxes.

While Glorious didn’t kick start the lightweight wireless gaming mouse trend among gamers, they did fill up the market with affordable options. And as such, the brand quickly became a fan-favorite among the PC playerbase mainly due to its cost-effective approach to peripherals.

Glorious introduced their Model O lineup with a wired lightweight gaming mouse. However, as demand for the wireless category grew, Glorious quickly dropped Model O Wireless with solid wireless performance while being under $100.

This mouse is under 70 grams, and its smaller versions are even lighter coming at around 65 grams. In terms of performance, Glorious is using the next-gen BAMF sensor optimized for long battery life while being wireless.

In terms of grip style, it is pretty flexible. But players with a fingertip grip will find this mouse a bit easier to play first-person shooter games with. All in all, in terms of price to performance, it is really hard to ignore the wireless lineup of Glorious mice.

Logitech stunned the market with the G304/G305, a budget-friendly wireless gaming mouse that doesn’t skimp on performance. While it isn’t the lightest mouse in our lineup, it still is a solid pick for anyone who is looking to upgrade to a wireless mouse from a wired one.

The freedom of a wireless gaming mouse is truly intoxicating to the point where most players won’t want to return back to their wired counterparts. Since first-person shooter games like Apex Legends, VALORANT, Overwatch, and CSGO are really popular right now, the demand for budget-friendly reliable wireless mice has also gone up proportionally.

In terms of sensor performance, Logitech won’t disappoint with its industry-leading HERO sensor, which is currently the endurance king. On top of that, with the correct battery mode, this mouse can be shaved down to around 80 grams, which would then make it ideal for FPS games in general.

All in all, in this price segment, it is tough to beat this offering from Logitech.

If you are looking for a budget-friendly alternative to the flagship mouse from both Logitech and Razer, then Lamzu has you covered with its first foray into this market segment. Surprisingly, it is already turning out to be one of the great budget-friendly gaming mice of 2022.

In terms of weight, build quality, and design Lamzu has knocked this one out of the park. The build quality is solid while being only 55gm. Also, the white and blue aesthetic will definitely attract players who are into these light colorways.

Sensor performance is also solid with this mouse, thanks to Pixart 3395. The same can also be said about its battery life, as it will last around 70 hours. But the most exciting part about this mouse is its switches. While most Tier-1 companies cheap out on switches, Lamzu went all in with enthusiast-grade mechanical switches. Instead of using Cheap Omrons, they opted for Huanno Blue Shell Pink Dot (80M), which is basically a top-tier switch in the market right now.

In short, with their first outing, Lamzu managed to create a solid mouse at a reasonable price while not compromising on build quality. It is currently our top choice for gaming mice under the $100 mark.

These are our top picks for the best budget wireless mouse that is available right now on the market. We’ll also keep an eye on the best deals that are available for these mice on e-commerce sites. Also, keep in mind that GameRiv will earn commissions if you decide to purchase through our affiliate links. 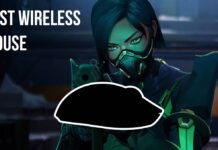 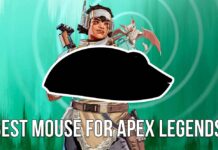 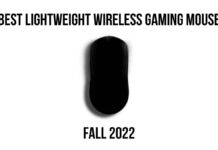 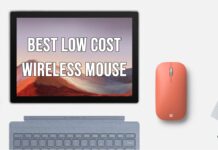 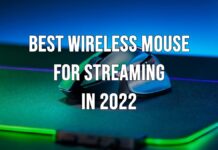 Best Wireless Mouse for Streaming Setup on Twitch & YouTube in...