Best Mercy Skin in Overwatch 2022: Ranking all the skins from Worst to Best

Check out all the Mercy Skins currently available in Overwatch in 2022 and where they rank.

Mercy is a Support hero in Overwatch, whose job includes healing allies, boosting their damage, and providing vital utility. Appearance-wise, Mercy’s costume resembles that of a guardian angel which is befitting of her name and role in the team. And among all other characters, Mercy also happens to have the most diverse set of skins to choose from.

Here, we will be taking a look at all the Mercy skin in Overwatch as of 2022 and ranking them in tiers.

We have shortlisted our top 10 picks of the best Mercy Skins in Overwatch, along with how much they cost and how to get them.

All the Rare Mercy skins

Although called Rare, they are simple recoloring of the hero’s base outfit. Mercy has four Rare skins: Celestial, Mist, Orchid, and Verdant. Rare skins can be obtained in non-seasonal Loot Boxes or purchased for 75 Credits. 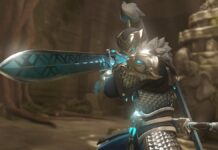 Best Genji Skin in Overwatch 2022: Ranking all the skins from...

Best Genji Skin in Overwatch 2022: Ranking all the skins from Worst to Best

Best AWP Skins in CS:GO 2022: Ranked from Worst to Best