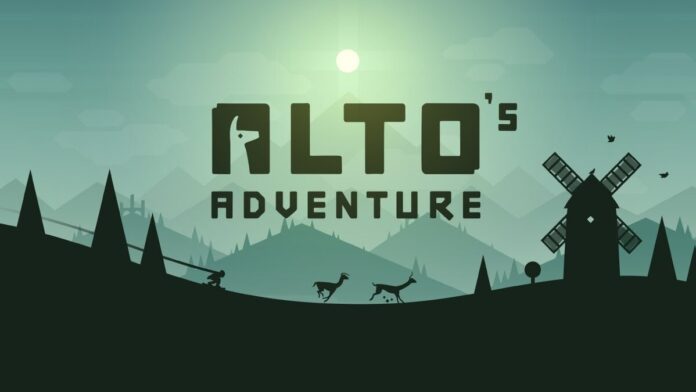 The iconic mobile games Alto’s Adventure and Alto’s Odyssey are heading for the home consoles soon.

Two of the best games in the mobile gaming world are heading for Xbox One, PS4, and Nintendo Switch, as The Alto Collection. Additionally, the two games, Alto’s Adventure, and Alto’s Odyssey will also be available on PC via Epic Games Store.

Read more: Treyarch and Raven are making a new Call of Duty

The two-game will be released as a bundle called The Alto Collection, releasing on August 13th, whereas the Switch port has no fixed release date yet. But will be “coming soon”.

Initially released on iOS in 2015, Alto’s Adventure is a casual endless runner game. You snowboard down mountains and hills as Alto or his friends while avoiding and running away from villagers and other obstacles. Furthermore, you can perform various tricks. The game’s soothing music and minimalistic art were quick to touch and ease the minds of anyone playing it. It became the go-to game for anyone on the go and looking for a quick break.

A year later the game arrived on Android and Linux, thus more players were able to enjoy this wonderful experience. The sequel to Alto’s Adventure; Alto’s Odyssey was released for Android and iOS in 2018; in addition to macOS in 2020. Like the prequel, Alto’s Odyssey had the same style of play, but this time you ride the sands instead of snow, and the overall game was more polished.

The Alto Collection will have a price tag of $9.99 across all platforms, with a free to get timeframe in the Epic Games Store from August 13th through August 20th.

Even though, Alto’s Adventure and Alto’s Odyssey are free to play on Android with ads and in-app purchases. The game costs $4.99 and $9.99 on iOS and Mac respectively.