All the games shown on Xbox Games Showcase 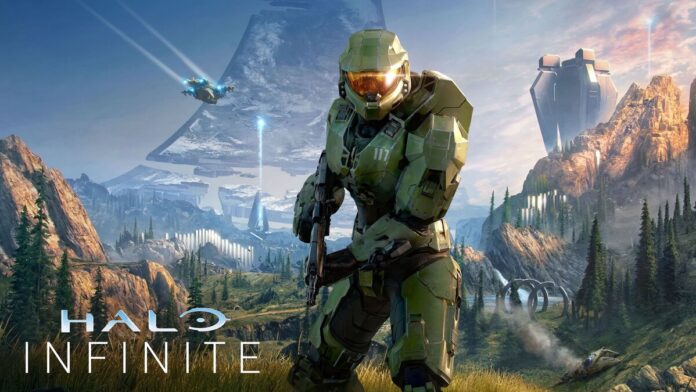 Microsoft revealed a lot of games with varying genre in their Xbox Games Showcase.

This Thursday, Microsoft hosted the Xbox Games Showcase. The live event showed off new games for the next generation consoles and it was the largest event shown for Series X. Furthermore, all the games announced will be available, day one on Xbox Game Pass.

The event started off with the most hyped title, Halo Infinite. The gameplay and the art design shown is similar to the older Halo titles. Although the graphical quality of the game raised some concerns.

The survival game is getting another installment with State of Decay 3. Although no gameplay was shown not even an in-game engine trailer. The franchise managed to hold a decent fanbase after a mediocre State of Decay 2 launch. But, the game is being improved upon with content and updates.

Now in early access. Rare’s survival game seems like it will give a lighthearted and comedic twist to the survival genre.

The beloved fantasy RPG franchise is back after a long hiatus. Fable is now officially in development after loads of rumors. Although only a CGI trailer was shown.

The popular racing game is coming to PC and Xbox Series X and will feature ray tracing.

Not much is known about this game except for the fact that it looks absolutely gorgeous. Unlike, most games shown, Everwild was shown in an in-game engine trailer.

From the creators of Life is Strange, Tell Me Why will take players through the lives of two siblings. A three-chapter game. The first chapter is releasing on August 27.

Psychonauts is finally back. This time featuring Jack Black as a voice actor and the theme singer. Journey through different minds once again in this classic platformer.

Another classic game making a return. This time as the sequel to the cult classic survival horror Stalker. Although, this game also has no gameplay trailer nor a release date.

Obsidian’s next big title is a take on the fantasy RPG genre; set in the Pillars of eternity universe. Furthermore, a slight glimpse of what the gameplay might look like was shown.

The maker’s of SteamWorld is bringing this title as a console launch exclusive. The trailer seemed like the game will offer a mix of combat, platforming, and puzzle-solving in an alien world.

One of the most hyped games for Xbox, Medium showed off an amazing trailer, full of mystery. The psychological horror game features soundtrack by Akira Yamaoka and Arkadiusz Reikowski.

Sega’s Phantasy Star Online 2: New Genesis, will be coming as a launch exclusive. The title will add a new world and a diverse combat mechanic.

Crossfire X boasted an action-packed gameplay trailer, featuring abilities like cloaking. The campaign trailer shows huge potential and might just be the next big fps hit. Additionally, CrossfireX’s single-player is being developed by Remedy.

Warhammer 40,000: Darktide is a 4-player co-op game much like Vermintide. But this game will feature a sci-fi setting.

Intitially a PS4 exclusive, this artistic tetries is coming to Xbox Series X and PC with multiplayer.

This interactive drama shows beautiful animations and artworks. As Dusk Falls will narrate the tales of a crime drama of families.

To summarize, the Xbox Games Showcase showed a lot of new games and revival of classics. We can now only hope that Microsoft can deliver with sheer perfection.