We list all the games releasing next month, November 2021. So that you can prepare yourself for your next month of gaming goodness.

November would have sounded like a slow month of gaming if you were looking at releases from a few months back. With time new announcements revealed themselves, release dates confirmed, and apparent rumors became true. Hence, the coming month is looking really exciting. And for your ease, we compiled a list of all the games releasing in November 2021.

In November we’ll get to play AAA games from blockbuster franchises such as Call of Duty Vanguard, Battlefield 2042, and Forza Horizon 5. Although Vanguard still remains divided on its hype. On the other hand, Forza Horizon 5 is keeping gamers excited with its brand new location and graphics. We can’t wait to see how it’ll look like on the Xbox Series X|S.

Moreover, the world will see the return of the classic GTA titles with a completely new look as Grand Theft Auto Trilogy: The Definitive Edition releases in November. Undoubtedly the most hyped game for next month. Switch owners will also be getting something special with Pokemon Brilliant Diamond and Shining Pearl, remasters of the DS classic, and Shin Megami Tensei V.

On the other hand, some great-looking indie games are also releasing in November. In addition to ports and releases of loved games like KOTOR on Switch, Binding of Isaac, Skyrim again with a new edition, BloodRayne 2.

Read more: How to make money fast in New World 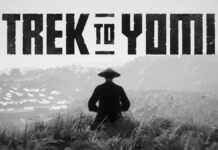 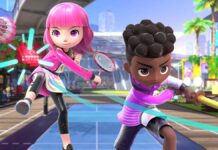