California’s Department of Fair Employment and Housing (DFEH) filed a lawsuit against Activision Blizzard on 20th July after concluding their two-year-long investigation. The lawsuit brought light to the under-compensation and sexual harassment faced by Activision Blizzard’s female employees.

Blizzard president J. Allen Brack and Executive Sponsor Fran Townsend have formally addressed the lawsuit to their employees through emails. The emails which have now surfaced online, both portray very different tones regarding the incident.

Read More: A Dead Space Remake is Coming To Next-Gen Consoles and PC

In the email sent out by J. Allen Brack, Blizzard’s President condemned the “frat boy” or “bro culture” the lawsuit accused the company of. He went on to explain how harassment against women is unacceptable and that everyone should feel safe to be working for the company. Moreover, he applauded the victims for coming forward during DFEH’s investigation. He stated:

“Growing up, the value of women as equals, understanding the work that had been done for equal treatment, and the fact that there was still much to do, were common themes. This is just one of the reasons why the fight for equality is incredibly important to me. People with different backgrounds, views, and experiences are essential for Blizzard, our teams, and our player community. I disdain ‘bro culture,’ and have spent my career fighting it.”

In later parts of the email, Brack also mentioned that he alongside his leadership team will be meeting with the employees in order to discuss the issue and figure out a way to move forward. In the meantime, he urged employees to speak to their respective managers, HR partners, legal team, or anyone they feel safe to speak to. He ended the email stating:

“I feel angry, sad, and a host of other emotions, but I also feel grateful to work alongside a set of leaders and thousands of employees who join me in their commitment to continuous improvement.”

However, the second email sent out by Fran Townsend took an entirely different direction. The executive sponsor had previously worked as the Homeland Security Advisor to President George W. Bush. She unsettled the staff by denying the accusations of the lawsuit. Townsend dismissed the sexual harassment claims by calling the lawsuit “meritless” and “irresponsible”. She stated:

“A recently filed lawsuit presented a distorted and untrue picture of our company, including factually incorrect, old, and out of context stories – some from more than a decade ago.”

“We review compensation regularly and feel confident that we pay all employees fairly for equal or substantially similar work.” 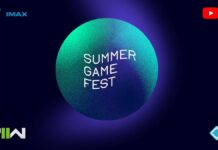 Summer Game Fest 2022: How to Watch, Schedule, and Modern Warfare...