A player has recreated Star Wars’ Millennium Falcon in Valheim 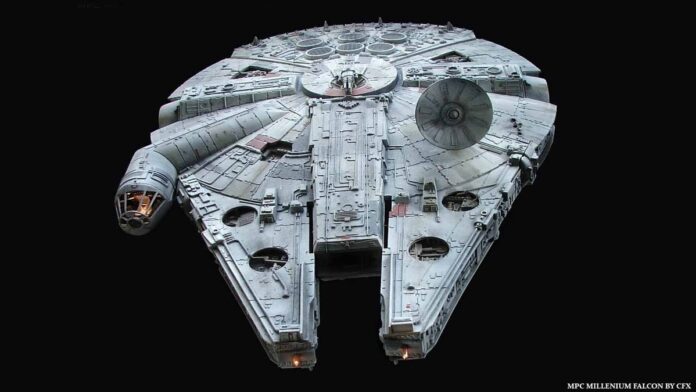 Han Solo’s iconic spaceship The Millennium Falcon has been recreated amazingly in the trending game Valheim.

Since the past few weeks, the Viking-themed survival game has seen a tremendous rise in popularity. Consequently, all types of players both hardcore and casual joined in on these unique survival experiences. With some being more passionate than others.

Likewise, one player has gone the extra mile. Accurately recreating Star Wars saga’s most famous spaceship, Millennium Falcon in Valheim. In the game, players up to 9 players can join in the realm of Valheim. Furthermore, surviving among the plethora of threats using creativity and ideas, players have the freedom to craft and build various settlements, buildings, farms and etc.

Making the best use of the mechanic, Reddit user Colonel-James-Parker posted on the subreddit r/valheim, showcasing the fruits of his hard work. A wonderful and accurate recreation of the Millennium Falcon, captained by Han Solo and his friend, Chewie.

Paying homage to Viking culture and engineering, he named his creation, the Millennium Falcon. The wooden materials and torch used as lighting perfectly fuse the futuristic spaceship with a metal age touch. Hence, this only shows how great and meticulously Valheim’s crafting system can be used. As more equivalent great creations can be found throughout the game’s community.

Moreover, developers Iron Gate constantly updates the game owing to its fast rise in popularity. If this keeps up Valheim can truly be one of the greatest survival hits.

Read more: Elden Ring Age rating could be a hint to a trailer release date