A Nintendo Direct mini will be held tomorrow

The new Nintendo Direct mini, tomorrow, will be focusing on third party games.

Nintendo has recently announced that it will hold a Nintendo Direct mini event on the 17th of September. Additionally, the Partner Showcase implies that this event will only focus on third-party developers. Hence, don’t keep your hopes up for Breathe of the Wild sequel info.

The event will be held on 7 am ET, on the official Nintendo Youtube channel.

The past Nintendo Directs were kind of mixed in terms of what they revealed. So a lot is riding on Nintendo now. As well as the fans are being hopeful for tomorrow’s Nintendo Direct mini.

During the Wii U era, Nintendo failed hard. Especially due to the lack of games, and the few third party support only added to the shortage. Nintendo had promised to turn things around and they are doing so accordingly. With the release of the Switch, it has gained tremendous third party titles. Therefore redeeming themselves. Porting Crysis and Witcher 3 to the Switch was truly something to behold.

By now, its no surprise that Nintendo has been working closely with third party devs to bring in more amazing experiences to the wonderful Switch lineup.

Furthermore, there have been ongoing rumors about a new Monster Hunter game for the Switch and also Doom Eternal. In addition, to a rumored Borderlands 3 port.

All of the above mentioned game will be a sweet addition, especially Doom.

But all these are just speculations. In the end, we have to see ourselves tomorrow what the Nintendo Direct mini surprises us with. 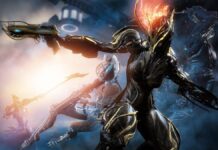 Best Secondary Weapons in Warframe 2022: Ranking All the Weapons from...