5 Weakest Killers in Dead by Daylight 2022

Here are the weakest Killers in Dead by Daylight, so you know which ones to avoid.

Dead by Daylight now has over 20 Killers to play. While some are literally a nightmare for the Survivors with their sheer deadliness and powerful abilities, some Killers are not so great to use. Especially when playing at a high-skill tier.

Not that these creepy ghastly murderers are useless or have no redeeming capabilities at all. A significant part of this game is that any Survivor or Killer can be a good pick with the proper practice and equipment. But some of these require so much time and effort that even standing to perform moderately is not worth it, especially since there are so many Killers to play as and being extremely enjoyable.

Hence sadly, some of the 20 Killers in the game fall into the weakest category in Dead by Daylight.

Read more: How To Report Players In Halo Infinite Multiplayer

5 Weakest Killers in Dead by Daylight

The Trickster is not a bad pick. His ability is great on open maps and catching up to fleeing Survivors. Such as with the throwing daggers and Main Event ability.

But the downside is that he has some movement limitations when it comes to speed. The Trickster suffers from low movement speed, especially when using powers. Furthermore, the throwing daggers are hard to aim as well. At that point, he becomes less useful. New players and casual players should avoid picking him.

The Wraith is very weak in terms of killing power or effectively taking out Survivors. Instead, he is mainly focused on stealth and tracking, and this is the only thing going for this Killer.

The Wraith has a high speed to scout maps, but if he goes invisible, the speed is lowered. Furthermore, cloaking makes the Wraith ring a bell which alerts nearby Survivors. So even you are partially hidden, players still know you are near, and they act accordingly.

The infamous character from Saw, Pig, uses Reverse Bear traps to keep players on their toes. Even though it sounds terrifying, and sometimes it is, Survivors trapped has to remove the traps using the Jigsaw boxes. This is completely randomized using RNG. So more often than not, you’ll see the Survivors quickly setting themselves free and escaping.

She has a handy dash ability to catch up to Survivors, but it is very situational and unreliable most of the time, making her weak in chases.

A Killer from the Saw franchise sounds great, but it is better to leave her out from your game.

Clown is another Killer in Dead by Daylight whose frightening looks do not match its effectiveness. The Clown’s abilities emphasize inflicting different status effects by throwing bottles. One of the bottles called Afterpiece Tonic reduces the vision of any Survivors hit by the bottle’s content. Meanwhile, the Afterpiece Antidote curses Survivors hit with the Tonic and gives a speed boost to the player to chase down the slowed down players.

Sounds great, but these crowd control abilities are not of much use unless they hit multiple Survivors at once to really control the crowd. And at a game of running away and escaping from the Killers, players will hardly crowd at a single place. Additionally, reloading bottles takes a long time too, which Survivors will make use of to flee.

Legion is argued to be one of the worst and weakest Killers in Dead by Daylight. Starting from unhelpful perks, weak power, and bad in chasing Legion is kind of annoying to play as. Yes, he has a sprint ability, but it runs out very quickly, and the Feral Frenzy power can be devastating, and it is too slow even to utilize correctly.

Moreover, Legion has to leave Survivors to bleed out after attacking them. It sounds sinister, but opponents can heal themselves when they get a proper chance, and any good support teammates will ensure the bleeding out Survivors get back in shape in no time.

Read more: All the games releasing in January 2022 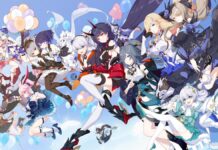